Seoul, the Best MICE City and its Quint Award 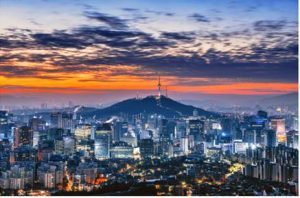 Seoul celebrates the remarkable triumph as it closes the year 2019. Seoul was voted the ‘Best MICE City’ for five consecutive years at the Global Traveler Tested Reader Survey Awards hence the Quint Award will be presented at the ceremony as well.

The Global Traveler is a prestigious business magazine, with more than 550, 000 monthly readership. The survey was collected from January to Semtember in which readers answered more than 50% of open-ended questions and the reluctant ones were discarded. The readers are professionals work in tourism, MICE industry or who frequently travel on business.

Seoul is the first city to win the Quint Award in Best MICE City catergory during the 16 years of the survey. Dubai, Singapore, London, Abu Dhabi were ranked after Seoul in the same category. Other Korean based winners are Lotte Hotels and Resorts in Best MICE Hotel and Best Hotel in Korea category, Asiana Airlines in Best Airline Onboard Services, Best Airline Flight Attendants category and Incheon International Airport in Best Airport in Asia category.

One official of Global Traveler mentioned Seoul has been raising its value in MICE industry with continuous hard work in promoting the unique charm of the city in the past decade. He also expressed the increased interest towards the Korean culture could create an opportunity for the city. As the harmonious ensemble could be made with the global trend, such as seeking authentic local experience and the exciting programs of Seoul that the city has a great potential ahead to continue to be the Best MICE city.

More information about PLUS SEOUL, along with the Seoul MICE Alliance, which includes over 300 city-approved local event venues and service providers.