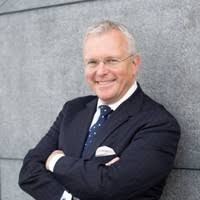 London’s luxurious hotel property, The Biltmore Mayfair, recently appointed Klaus Kabelitz as the new General Manager of the hotel. Kabelitz holds over 35 years of experience in the luxury hotel and hospitality industry. He was previously working as a general manager in Belmond Cadogan Hotel in London.

Klaus began his career back in 1979 debuting with the prestigious Hilton group of hotels. He went on to work with Four Seasons Hotels in London and Berlin respectively where he spent seven long years refining his skills.

From 2003 to 2012, he held important leadership positions in renowned hotels in London such as Claridge’s and The Berkeley. All through these years, he has been serving the position of General Manager. Later, he moved to Switzerland, where he held the managerial responsibilities of Le Richemond Genève under Dorchester Collection. He further visited the United States, in charge of managing the Belmond El Encanto hotel in Santa Barbara, California as well as Inn at Perry Cabin by Belmond.

Kabelitz said in a recent press brief that he is excited to join the company. He also considers Biltmore as one of the emerging iconic landmarks in Mayfair. He thinks the located of The Biltmore in Grosvenor Square is unparalleled. He is of the opinion that Jason Atherton’s dining concepts is capable of providing an exceptional experience for guests. He further mentioned how he has observed the journey of the hotel from its renovation to its opening last year and expressed his enthusiasm to join the passionate and spirited team.

Klaus Kabelitz and his years of international industry experience alongside his strategic mindset make him the perfect contender for the position. He holds the ability to build on the past strong foundations of the hotel. He possesses the capability to perfectly position the hotel for the present and upcoming commercial success.