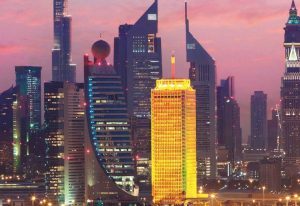 The study estimated that the total corresponding gross output of these activities was a three per cent rise over 2017. For every Done UAE Dirham spent by attendees at DWTC for services within the MICE sector, over 4.4 times is estimated as being spent on ancillary sectors in the wider Dubai economy.

Helal Saeed Almarri, director general, Dubai World Trade Centre Authority and Dubai Department of Tourism and Commerce Marketing, noted that 2018 was a particularly noteworthy year that marked four decades of accelerated journey towards accomplishing the mandate laid out by His Highness Sheikh Mohammed bin Rashid Al Maktoum, Vice-President and Prime Minister of the UAE and Ruler of Dubai, to make Dubai the global hub for regional business networking.

Dubai World Trade Centre is a pioneering MICE platform optimally positioned to connect developed economies with high-growth emerging markets across continents. Large-scale events held in the city are critical drivers of GDP acceleration and have contributed positively to the economy year-on year.