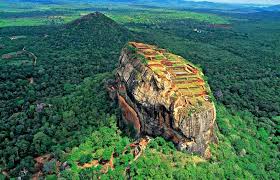 Sri Lankan tourism industry is looking to amplify its visitor footfall through multi-pronged marketing efforts, while seeking to shake off concerns over recent political developments.

On November 5 Sri Lanka’s Tourism Promotion Bureau (SLTPB) launched its new “So Sri Lanka” tagline for the tourism industry. Unveiled at London’s World Travel Market 2018, the slogan aims to capture the diversity, richness and authenticity of Sri Lanka, with a focus on young travellers.

“So Sri Lanka is an amplifier brand that supports and engages typical millennial travel exploration,” Vasantha Senanayake, the then-minister of tourism and wildlife, told press at the brand’s launch at the end of October.

In line with this goal and to capitalise on being named the best country to visit in 2019 by Lonely Planet, on October 23 the SLTPB announced that it would set aside US$350,000 for a promotional campaign on Lonely Planet’s media channels for a period of three months. There are five ad agencies awarded contracts to run campaigns in key source markets.

Prior to the announcement of fresh marketing investment, in mid-September the SLTPB approved contracts with five digital media agencies for six-month advertising campaigns in top source markets.

Havas Media India and US-based Ionic Media Institution will implement a campaign in India and China, respectively; Digital Spring in the UK will run a promotional programme there at a cost of US$703,480; Germany’s Media Consult International Holdings will implement a US$697,770 campaign; and France-based Interface Tourism will conduct a US$706,460 marketing programme. The combined investment for the promotions is US$3.5 million, according to the SLTPB.

By contrast, however, an airport kiosk survey run this year found that 64 per cent of 2978 respondents had used hotels for accommodation, while eight per cent stayed in boutique villas/hotels, 14 per cent in guesthouses, six per cent at home stays, six per cent with friends and family, and two per cent in apartments.

The 2017 survey highlighted the potential efficacy of online marketing, showing that 29.5 per cent of visitors were influenced in their decision to come to the country by information accessed on the internet, with recommendations by friends and family second at 27.5 per cent.