Local Oklahoma tourism is on rise 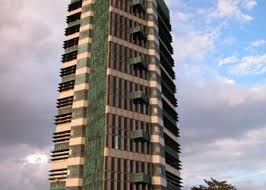 State officials of Oklahoma explain that tourism is a growing economic force of this state. Maria Gus, Bartlesville’s Convention and Visitors Bureau Director stated that Bartlesville has sensed this financial boom. Thanks to tourism this year. Hotel occupancy in Bartlesville has grown by 5.7 percent and studies show that tourism will keep on growing Oklahoma economy.

Also, lodging revenue has skyrocketed in Osage County as per the tourism director Kelly Bland. The lodging tax in Pawhuska has doubled since TV personality Ree Drummond, known by her “Pioneer Woman” brand launched her mercantile in 2016. Gus explains that Bartlesville has also profited from the happenings in Osage County. Due to the proximity of Osage County, Gus says people are interested to spend time in Bartlesville because it’s the closest city to Pawhuska.

Over the past few years, as per the Tulsa World reports, visitors have contributed $9 billion into the state economy. That’s a 4.4 percent rise over the previous year. State tax collections from tourism have increased by 20 percent since 2010. That translates to over 100,000 jobs with a payroll of $2.3 billion, according to the Oklahoma Department of Tourism.