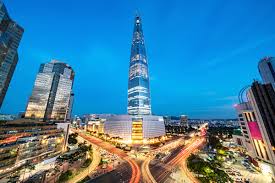 Korea has seen an unexpected increase in inbound Chinese incentive groups, with two large-scale groups from China set to arrive in Korea the first two months of 2020. The inbound Chinese groups to Korea experienced a sharp decline back in 2016 due to a tourism boycott enforced by China in retaliation against Seoul’s decision to allow the deployment of a U.S. Terminal High Altitude Defense (THAAD) anti-missile system.

The tourist arrivals number is expected to rise for 2020, with already 2 large-scale Chinese groups set to visit Korea in the first two months. In January, more than 5,000 employees of Chinese health food company, Yi Yong Tang, arrived for a six-day trip to attractions in Seoul and Incheon – the largest incentive travel group to visit Korea since 2017.

Meanwhile, over 3,500 students from China will visit Korea for a winter vacation trip – the biggest school excursion group to visit Korea in the past 3 years. The group will arrive divided into seven groups from January through early February. The students will visit Seoul, Incheon and Daegu on a 5-day trip, with opportunities to interact with Korean students and partake in Hansik (Korean traditional cuisine) experiences, ski lessons, and enjoy musical performances.