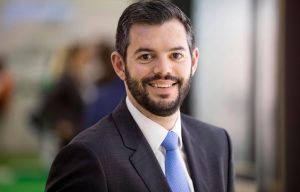 IBTM is launching a new business event for the Asia Pacific. IBTM Asia Pacific will take place in April 6-8, 2020 in Singapore at the Marina Bay Sands Expo & Convention Centre. It joins IBTM’s existing portfolio which includes IBTM World in Barcelona; IBTM Americas in Mexico City; IBTM China in Beijing; IBTM Arabia in the UAE and IBTM Africa, in Cape Town.

IBTM is a part of Reed Travel Exhibitions. IBTM Asia Pacific will aim to bring together APAC regional and local meeting planners and exhibitors for two days of pre-scheduled one-to-one business meetings, education and networking. The event will include a hosted buyer programme.

Shane Hannam Portfolio Director, IBTM, said that the launch of a new event is supported by the fact that the region’s business events industry is expected to see the highest growth rate in the world to reach U.S. dollars 441.1 billion by 2025.

Singapore is considered as APAC’s regional hub for the business events market and that, combined with its excellent infrastructure and long-standing reputation as a global business destination mean that it was the natural choice as our host city.

The event will be preceded by a day of local tours for international buyers.

IBTM Asia Pacific will be led by Event Manager Michael Jones, who has been with Reed Exhibitions for almost six years. The marketing and hosted buyer programme will be managed by the existing team based in Richmond, London, supported by Reed Exhibition’s teams in Singapore and Japan.