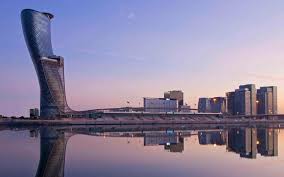 The statement said, “The company’s direct and indirect contribution to the UAE capital’s economy increased by 45 percent this year, compared to the same period in 2018”.

ADNEC and AACC hosted 29 exhibitions, 108 conferences and events, as well as 88 special events and supported more than 12,502 jobs in business tourism related sectors in the first half of 2019. The total number of the venues’ surrounding hotels registered 343,100 overnight visitors.

Noura bint Mohammed Al Kaabi, Minister of Culture and Knowledge Development and ADNEC Group Chairperson, said that the UAE capital is leading the way in positioning itself as the region’s preferred business tourism hub and ADNEC’s H1 performance testifies to our concerted efforts to maintain this status.