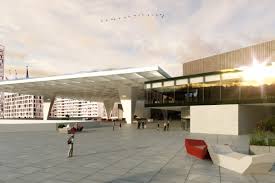 In 2018, Austria’s largest congress centre witnessed a record year for the third time in succession having 136,000 international participants at the venue generating an economic impact of EUR 527 million.

The year ahead will be shaped by the danubeSAIL modernization project. There were about 116,000 international visitors in the Vienna last year excluding the 20,000 international delegates who visited the city as a part of the Austria’s presidency of the EU Council.

Managing Director and Management Board Spokeswoman Susanne Baumann-Söllner said that 2018 was the most successful year in our more than 30-year history by quite some distance.Never before they had so many international congresses with so many participants at the venue.

The center also hosted meetings during Austria’s EU Council presidency.At the nation’s largest congress centre last year a total of around 136,000 international participants took part in the events. It showed 29% year-on-year increase, and a jump of 163% compared with 2013 when Baumann-Söllner first assumed responsibility for the venue’s congress business.

Around EUR 541 is attended by a congress attendee which is twice as much as the average visitor to Vienna.There was an economic impact of around EUR 527m by the 136,000 international participants who visited the venue.

The danubeSAIL, the biggest ever modernization project started off in spring this year will be completed in 2022.