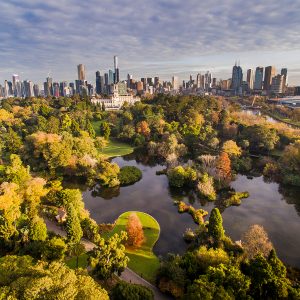 Melbourne has taken centre stage today as more than 500 of the world’s most influential decision-makers in luxury travel arrived for a week-long conference of networking events and experiences.

Minister for Tourism, Sport and Major Events Martin Pakula welcomed Virtuoso at its Symposium to an audience of interstate and international media, strengthening our relationship with the tourism economy.

Virtuoso’s Symposium was last held in Sydney in 2009 and now through Visit Victoria, in partnership with Tourism Australia, the Andrews Labor Government is bringing it to Melbourne, supporting this unique and prestigious event as a perfect opportunity to engage with the rapidly growing high-value traveller market.

Victoria has experienced its biggest year on record for international visitors with an unprecedented $8.5 billion expenditure in 2018, up 12.9 per cent on the previous year.

International high-value travellers are quickly discovering the unique world-class experiences that Melbourne and Victoria have to offer.

Melbourne is an international, 24-hour city that provides more than sightseeing, filled with late-night precincts laden with arts, music and dining – and pristine nature and coastal experiences within easy reach in regional Victoria.

Strong growth in visitation is driving confidence in the high-end hotel market resulting in historic levels of investment and development in luxury accommodation.

World-class brands are recognising the attraction of Melbourne with five-star developments underway for W Hotel, M Gallery, Ritz Carlton, St Regis Hotels and Mandarin Oriental among more than 11,500 new hotel rooms being delivered over the next five years.

Minister for Tourism, Sport and Major Events Martin Pakula said that Melbourne is a city so spoilt for choice and our true 24-hour culture is rich in diversity with an unrivalled variety of experiences, events and culture – and now the world is catching on with more visitors to our great city last year than ever before.

Tourism Australia managing director John O’Sullivan said that it has been a decade since Virtuoso last brought their Symposium to Australia and, knowing how much competition there is globally to host this event, the fact that they are returning to their shores, to Melbourne, is highly significant.

Virtuoso chairman and CEO Matthew D. Upchurch said that in 2004, they began operating in the market, and they now have a solid base of 81 travel agency locations in Australia, our largest membership outside of North America.