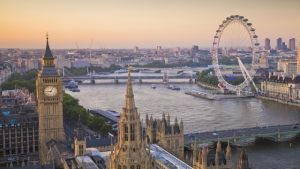 The top city for U.S. business travellers was London, followed by Frankfurt, Tokyo, Paris and Amsterdam as per ‘2018 Cities & Trends Report’ by BCD Travel which is a global travel management company. New York City topped the list of domestic destinations in the U.S. for business travellers, followed by Chicago, Dallas, Washington, D.C. and Atlanta.

Craig Bailey, President, Americas at BCD Travel, said, “The continuity in the list of top domestic and international cities for U.S. business travellers between 2017 and 2018 shows the importance of these markets as both national and global business and economic centers. Overall, the picture painted by the report is one of a growing global economy in 2018.”

Dublin experienced the highest growth rate of U.S. business travellers, among the top destinations. Dublin secured the ninth position on the list of top 10 cities. It surpassed Sao Paulo Singapore in the list.

The report’s rankings are based on ticketed flights booked by BCD Travel clients in 2018 and 2017 in a range of international markets.

The top 10 list includes two cities in the Asia-Pacific region: Tokyo and Shanghai.

Dublin as a European gateway city has an advantage. It is the airport’s U.S. Customs Pre-clearance operations, which enable travellers departing Dublin for the U.S. to clear immigration and customs inspections before boarding the plane rather than upon arrival. Dublin and Shannon are the only two European airports that currently offer this service.