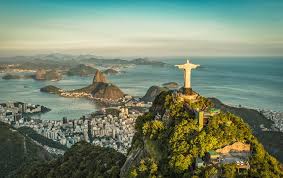 Brazil is the leader in the ranking of Latin American countries that have held the most congresses and business events in 2018. The study is based on a study released by the International Association of Congresses and Conventions (ICCA).

Around the world, the country is among the 20 destinations most sought by executives to hold this type of event, ranking 17th, one less than the one obtained in 2017. São Paulo, Rio de Janeiro and Foz do Iguaçu were the main destinations.

“This result confirms Brazil’s potential to be one of the world’s top business destinations.

This encourages us to do more, since events of this type are very important for tourism in the country, reducing the seasonality of the sector, attracting specialized tourists who have an average spending above expectations and generate employment and income,” said Minister of Tourism , Marcelo Álvaro Antônio.

Data from the Ministry of Tourism indicate that of the total number of international tourists who visited Brazil in 2017, 15.6% were motivated by business, events and conventions. The main destinations were São Paulo (44.4%), Rio de Janeiro (23.6%), Porto Alegre (4.2%), Curitiba (4.1%), and Brasília and Campinas with 3.3 % each. The average per capita spending per day of these travelers was $ 90.10.

The report also pointed out that in 2018 12,937 meetings were held worldwide, an increase of 3%, compared with last year when the number was 12,558. This was the largest number of events recorded since the institute began conducting the survey. The United States continues to be the country that most receives congresses and business conventions followed by Germany, Spain and France.